When Colorado receives its first doses of a COVID-19 vaccine, the state will prioritize protecting medical personnel most at risk of exposure and people more likely to develop severe symptoms or die from the disease, according to a newly revised framework released Wednesday.

As such, the first people to receive the vaccine this winter will be health care workers in close contact with coronavirus patients and people who live and work in long-term care facilities such as nursing homes, according to the Colorado Department of Public Health and 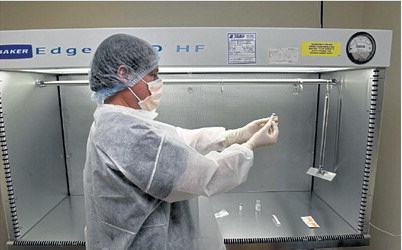 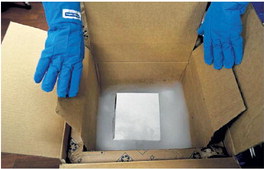 The plan no longer assigns a specific priority to people living in congregate settings, including those in jails, prisons and homeless shelters, after having done so in the draft framework — a change Gov. Jared Polis said was made because the state is focusing more on older Coloradans and those most at risk of death than where people live.

“If we want to save lives, we need to prioritize based on who is the most vulnerable from this virus,” Polis said during a news briefing. “The moral path for society to take is to protect those who are far and away more likely to lose their lives to the virus.”

The new framework divides vaccine distribution into three seasonal phases, with Phase 1 coming this winter, Phase 2 in the spring and Phase 3 — when anyone age 18 to 64 who doesn’t fit into a higher-risk category — can be vaccinated.

“Based on the evidence we have now, it will be summer until we expect the general public to have access,” said Scott Bookman, the state’s COVID-19 incident commander.

Under the new plan, health care workers with less contact with COVID-19 patients — including those in home health, hospice and dental settings — and first responders, such as police and paramedics, will be considered a lower priority but still part of Phase 1.

There is expected to be a limited supply of any COVID-19 vaccine that is approved by the federal Food and Drug Administration, which is why state and public health officials have drafted a phased approach on who will receive the first doses when it arrives.

Public health experts also have said Coloradans will have to continue to wear masks and keep social distancing after states begin distributing vaccines.

The changes in the state’s vaccination plan comes as the FDA is set to meet Thursday to consider authorizing Pfizer’s vaccine, meaning Colorado could receive its first doses by the weekend.

The state health department has said Pfizer could start shipping the vaccine within 24 hours of the FDA granting it an emergency use authorization.

Under the new plan, the state is expected to enter Phase 2 of its distribution plan by the spring.

The people expected to receive the vaccine in that phase include anyone 65 and older; people with underly- ing heath conditions, such as obesity, diabetes or cancer; people who interact directly with the public, such as school and grocery workers; and people who work in high-density settings such as farms and meatpacking plants.

It’s unclear exactly how those in the new second phase will be prioritized. The state’s previous plan prioritized those living in congregate settings, such as jails and shelters, before essential workers and those with underlying health conditions — although all three groups were within the same phase.

“The state is leaving itself some flexibility with that second phase because of the large amount of uncertainty, again, about what kind of volume supply will be available,” said Glen Mays, a professor of health policy at the Colorado School of Public Health.

The state health department does not know how many people are estimated to be covered by each phase of the new plan.

But there are 114,000 residents and staff members at long-term-care facilities statewide. And between the first two phases, there are about 331,000 health care workers in Colorado, according to the agency.

The second phase is expected to cover a large portion of the population. So by the time Colorado reaches this part of the plan, the vaccine supply will be reaching the point where it’s more widely available.

The initial draft estimated that Phase 2 would cover more than 3 million residents — more people than the 1.9 million people that were estimated to make up the final group of 18- to 64year-olds without high-risk conditions.

“We’ll have to break that out because that’s such a large population,” Mays said of Phase 2. “There will have to be sequencing as we have to make decisions on where to go first.”

The issue of when people in congregate settings, particularly prisoners, get vaccinated has been a matter of contention. Prisons and jails in Colorado have seen some of the state’s largest virus outbreaks.

Polis said incarcerated people should not receive access to a vaccine before those with underlying health conditions, despite the initial framework crafted by public health officials, which would have prioritized prisoners alongside essential workers but before high-risk individuals.

“That won’t happen,” Polis said last week. “There’s no way that prisoners are going to get it before members of a vulnerable population.”

Those in congregate settings never were prioritized in the draft plan ahead of health care workers, first responders and residents of long-term care facilities.

The new framework doesn’t mention prisoners or other people in congregate settings at all. Instead, the governor said incarcerated people will receive the vaccine based on where they fall individually in the phased plan. For example, if they are 65 and older or have underlying health conditions, they will receive the vaccine at the same time as other Coloradans in Phase 2, Polis said.

With the first batch of vaccine likely to come within a matter of days, the state’s Unified Coordination Center — created by the health department and the State Emergency Operations Center — held an exercise on Tuesday to practice delivering Pfizer’s vaccine, which is especially difficult to distribute in part because of the ultra-cold temperatures required to store it.

The Department of Public Health and Environment has ordered 46,800 doses of Pfizer’s two-shot vaccine. The agency expects to receive subsequent doses in weekly batches. The Centers for Disease Control and Prevention will allocate doses based on population, and Colorado is expected to receive 1.69% of available vaccine.

Colorado also plans to order 95,600 doses of Moderna’s COVID-19 vaccine, which is waiting for emergency use authorization.