President Joe Biden on Thursday unveiled plans for locally- led protection of 30% of U.S. land and water by 2030, a core of his agenda to address climate warming that builds on naturesaving efforts launched in Congress by lawmakers from Colorado and other Western states.

Natural land and water could draw down the heattrapping air pollution that causes climate change, scientists say, and nature increasingly is understood as a life support system for human survival both inside cities and in rural areas. Preserving at least 30% of land and water by 2030, they say, is necessary to pull back from a catastrophic tipping point.

Gov. Jared Polis issued a statement casting Colorado as a leader in cooperative “science- based approaches” toward the fulfillment of Biden’s climate objectives.

Biden’s announcement “opens the door to a collaborative and sustainable path toward conserving our critical ecosystems, supporting the Colorado way of life, while closing the door to fears about broad one-size-fits-all mandates,” Polis said. “The West, particularly Colorado, is on the front lines of a changing landscape and a changing climate, and yet our ties to the natural world underpin nearly every aspect of our lives and economy. We must chart an inclusive path toward the long- 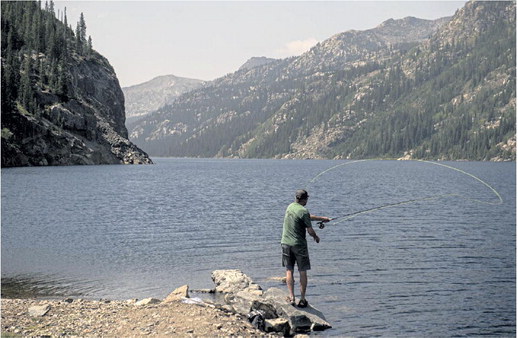 term sustainability of our natural world, and Colorado’s leadership will play a key role in that effort.”

Local government leaders around the state indicated support. “This national plan really affirms what we’ve been working on for the last four years,” Chaffee County Commission Chairman Greg Felt said. “There’s a lot of potential benefit here. The stuff we are talking about protecting is like capital assets, and you don’t want to expend capital assets to cover operating costs. Our landscape is really what we’re all about — economically and in our sense of community.”

But what will count as protection, and what won’t, has emerged as a challenge.

Biden officials in a 22page report titled “Conserving and Restoring America the Beautiful” set the unprecedented “30 by 30” national conservation goal and recommended a 10-year campaign to save and restore forests, wetlands and other natural areas to contain climate warming.

White House officials in meetings around the country emphasized voluntary conservation by private landowners, in addition to state, local and federal protection of public land and water.

Colorado conservation groups are positioning the state to play a key role by developing a strategy to save 14 million acres that remain largely undeveloped within the 67-millionacre area of the state — by incentivizing voluntary protective easements on private land, creating new parks in cities and rural areas, and dialing back development on public lands.

The goal of saving grew from scientists concerned about climate change who calculated what would be necessary to ensure human survival and slow the extinction of other species. They’ve said losing natural areas, including habitat for wildlife, is a primary threat.

Scientists internationally are backing a “global nature deal” that would establish protection for 50% of the planet by 2050, to be discussed this fall in Kunming, China, as part of the United Nations Convention on Biodiversity. Reaching that target has been interpreted by U.S. supporters as requiring protection for 30% of land and water before 2030 in line with efforts in dozens of countries.

About 12% of U.S. land and 23% of oceans around the nation are protected, according to the U.S. Geological Survey. A Conservation Science Partners analysis found that, from 2001 to 2017, the United States lost natural terrain the size of a football field every 30 seconds as humans expanded highways, mines, suburbs and other development.

Protecting 30% of land and water by 2030, proponents say, will require cooperative efforts by landowners, tribal nations, cities, rural communities and others for the purpose of taking care of and restoring nature.

Federal officials have paused federal issuance of leases for new fossil fuel development on public land and waters. And the efforts initiated under President Donald Trump to shrink protection for the Grand Staircase-Escalante and Bears Ears national monuments in Utah are under review.

Republican opponents have challenged the Biden efforts as “a land grab.”

An April 22 letter from the American Farm Bureau Federation to Biden said farmer and rancher concerns “are escalating regarding the intent of the 30×30 goal, the definition of conservation, and the metrics for defining success.” Federation leaders have asked for recognition that farmers and ranchers, through voluntary conservation programs, already have protected more than 140 million acres — an area bigger than New York and California combined.

“Any discussion about conservation must begin with the recognition that farmers and ranchers are already leaders in this space and have been for decades,” the letter said.

Vilsack subsequently declared “there’s no intent to take land away” and said 30 by 30 will create new opportunities.

In Colorado, where 10% of the state’s 67 million acres already receive some sort of protection, 24% of land already has been modified by human development, a Center for American Progress analysis found. Between 2001 and 2017, it found, development altered nearly 700,000 acres.

Across Colorado and the Rocky Mountain West, polls show, a majority of residents consider themselves “conservationists” and support 30 by 30. Mayors from 70 cities along with 450 state and local leaders signed letters declaring support. At least nine western county governments have passed supportive resolutions, including six in Colorado (Boulder, Gilpin, La Plata, San Miguel, Telluride and Broomfield).

A “Colorado Pathways to 30×30” strategy developed last year by Western Resource Advocates and Conservation Colorado calculated that the state already contains about 6 million acres of protected terrain and that Colorado could achieve a 30 by 30 goal within the state by protecting and restoring 14 million more acres of land and waterways. But nature is disappearing rapidly amid a growth and development boom, the strategy report said.

“In Colorado, not only is this loss of nature dramatic and devastating, we are also experiencing the impacts of climate change in the forms of increased catastrophic wildfires, decline of wildlife, increased drought and tree disease,” the report said. “If we continue on the same path of nature loss compounded with climate change, we will experience ever-larger consequences that will ultimately collapse entire ecosystems, create dramatic water and food scarcity, and diminish our economy and our quality of life.” Bruce Finley: 303-954-1700, bfinley@denverpost.com or @finleybruce 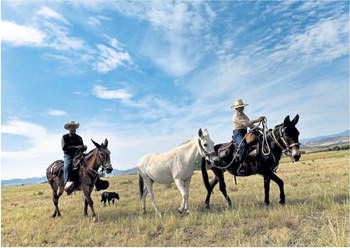